Features or key-points of an image are corners which are unique in the image. Harris and FAST are two different corner detectors, we have discussed Previously. Corner detectors are invariant for translation, illumination and rotation. But it is variant for scaling.

Next figure shows two different scales of same image. In smaller image, it’s easy to detect that there is a corner, but what about same image in the large scale. It will be difficult to detect that corner so this feature point will not be recognized for all scales.

So size of the window will effect the detection of corners. Large corners needs large windows and smaller corners needs smaller windows.

Scale invariant feature descriptor (SIFT) is not a new way to find key-points or corners that is invariant to scale. But it is a descriptor of detected corners of different image scales or image pyramids.

In SIFT we usually prefer DOG scale space which is an approximate of LOG and simpler in calculation.

In SIFT Pyramid we have

For each key-point (corner) we need to find its best scale which have maximum value (cornerness measure). It is achieved by comparing same corner with its neighbors of above and lower scales and select scale with maximum value. For same iamge, it is not necessary for its corners to be localized at same scale. 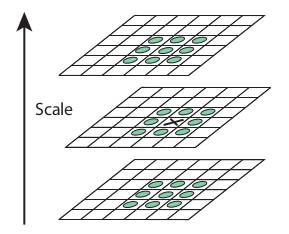 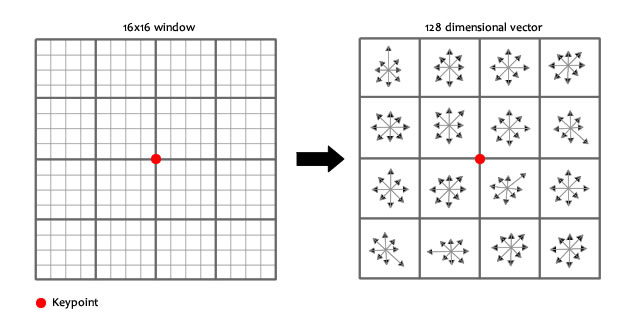 After localization of a key-point in our scale space. We can get its SIFT descriptor as follow

The basic idea of feature matching is to calculate the sum square difference between two different feature descriptors (SSD). So feature will be matched with another with minimum SSD value. 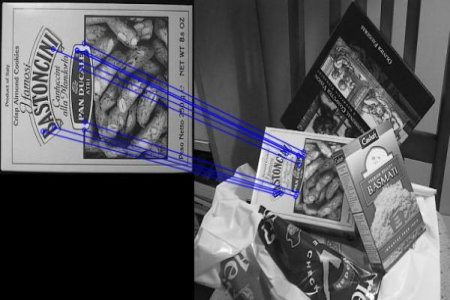 Random sample consensus is an iterative method for estimation of parameters of a mathematical model. We will model the transformation of points in source image to destination one, and try to find an estimate of model parameters. The basic idea of RANSAC algorithm is shown in the following flow chart. 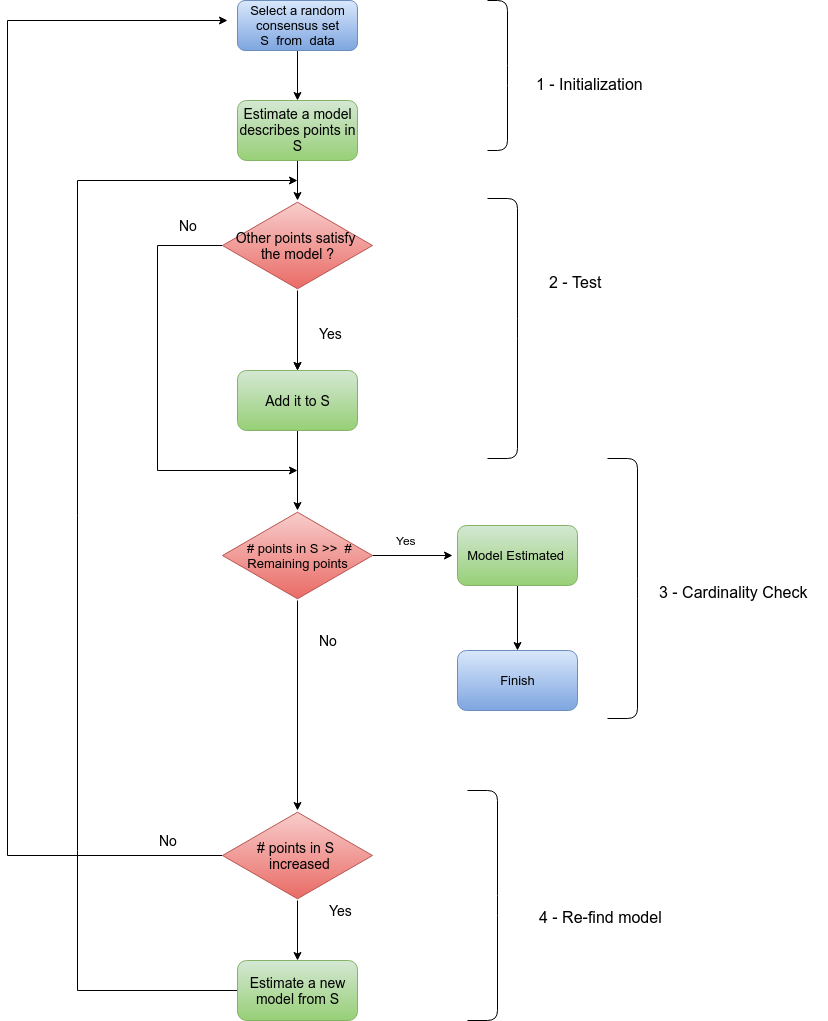 RANSAC is a robust feature matcher. For example we can model the difference between two images to a set of transformations and run RANSAC to find best model that maximize correct matching.